“Their first birth was into their worthless human litter, their second in service to the Corpse-Emperor who betrayed us all and their third shall be in eternal allegiance to me. My ThriceBorn truly know no fear, feel no pain and with each enemy that falls before them, my Legion swells.

“A storm is coming. Our storm. And when it arrives, it will shake the universe. Emperor… we come for you!!” – Marbas, Tyrant of the ThriceBorn Legion – Former 2nd Battalion Consul, 5th Chapter, I Legio Astartes.

So, I have been toying around with a small Fallen Angels list led by Cypher and a Sorcerer. I have always liked the idea of proper undead Astartes, not LotD, or Nurgle-ified plague zombies, but risen by a necromancer or somesuch. There really aren’t “necromancers” per se in the 40k universe with the exception of the aforementioned Nurgle adherents. That’s not really the look I want. What I decided to go for was a Fallen Dark Angel Sorcerer who was raising the dead loyalist Marines that his warband killed and adding them to his legion. Along the way, for whatever reason (Cypher gona Cypher) he was contacted by the Lord of the Fallen and their forces were linked for a time.

Building out the list with that in mind meant I wanted at least one squad of Chaos Marines to represent the undead legion. Giving them the Mark of Nurgle to up their toughness made sense in my head, it may or may not stay in the list at the end of things. The Sorcerer, the undead Astartes and a small unit of Cultists will round out that contingent.

There will be a 5 man Fallen Havoc squad with auto cannons and a 5 man Chosen squad who will accompany Cypher. The Chosen will be set up as sword and board guys with their shields to justify the +1 toughness from their Mark of Nurgle. Along with a Rhino and a Predator Annihilator, that’s the plan for the 1000 pt force.

(Yes I know the line up there is lifted from Dune, but it’s a great fucking line for Chaos Marines.)

First 5 of the Undead 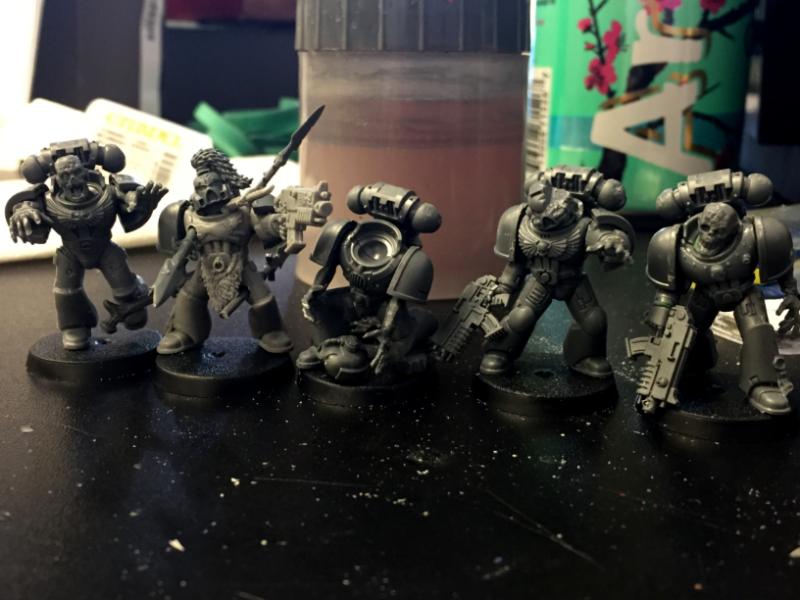 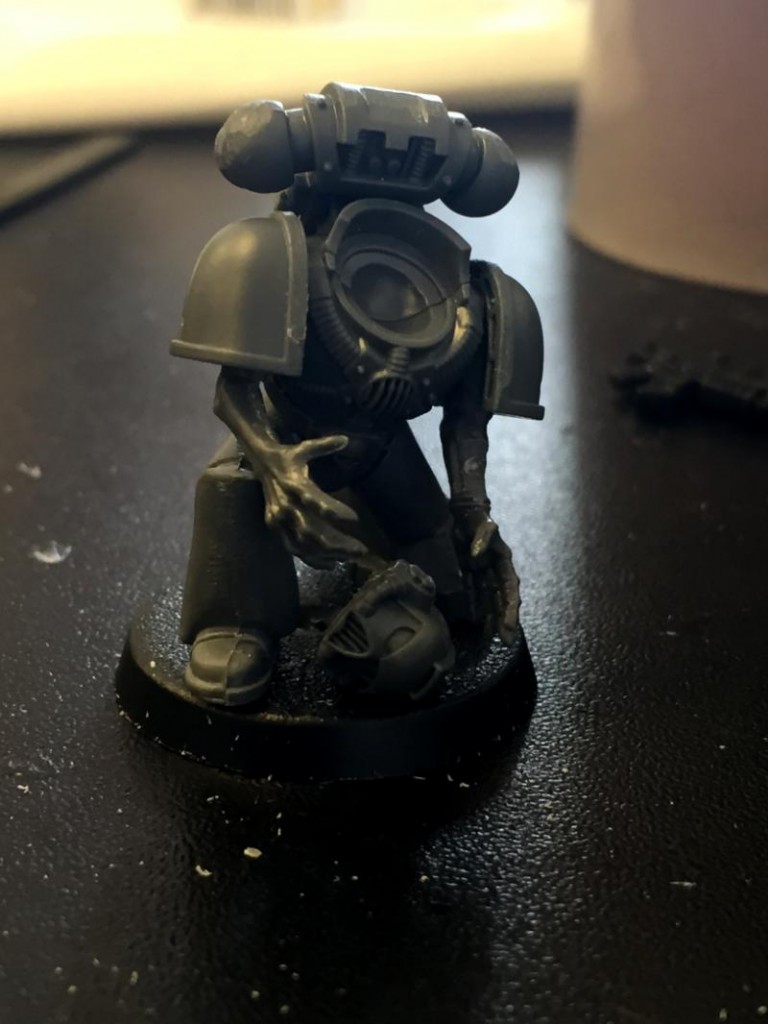 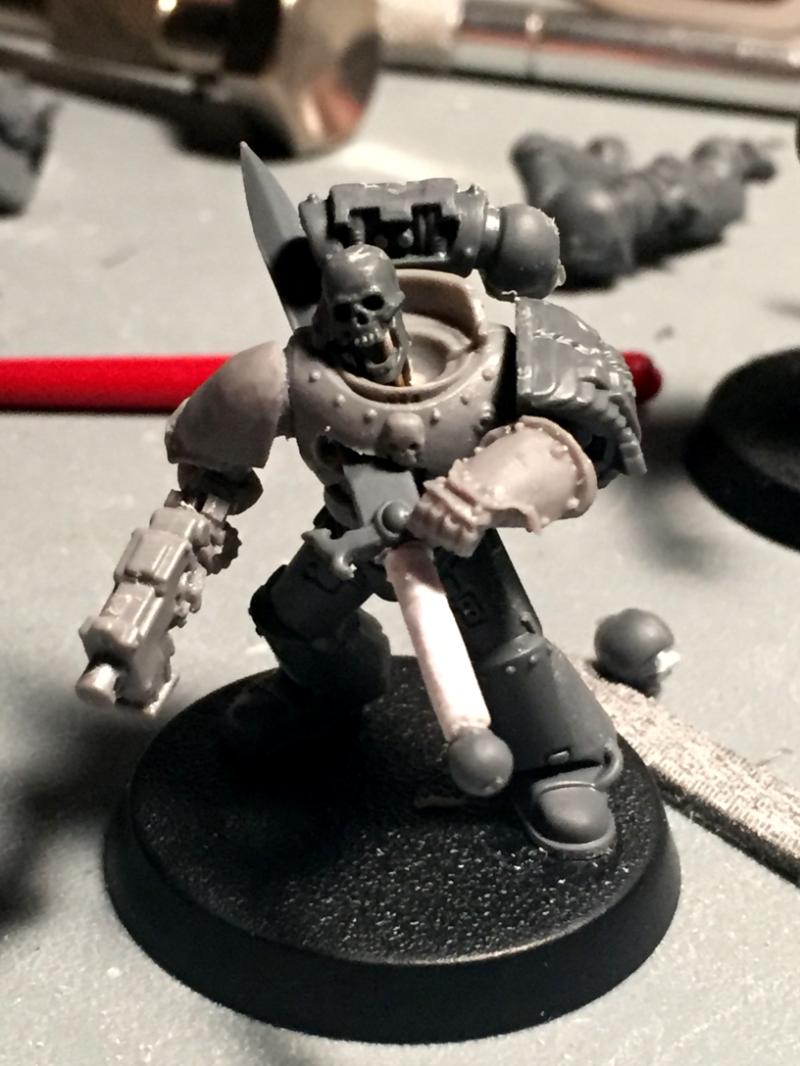