So I came across all the truescale stuff recently. (shut up I have been without miniatures for a few yrs) and thought I’d give it a go. Problem was… I had no terminator models and didn’t feel like buying a new box, luckily there is a termie in the DA tactical squad box, though I’m unsure exactly why that is.

Anyhow. I followed the guide over on Master of the Forge and I think it came out ok, especially considering I’ve never done any sculpting, with greenstuff or otherwise and I chose poorly when it comes to the termie legs for the conversion. I do not recommend those ones from the DA box.

At the end of the day the greenstuff isn’t quite as clean as I’d like and I totally forgot to add in the panels and seams and power outlets and such but I’m reasonable happy with this as a first attempt.

I had ordered a box of the Chapterhouse Tru Scale bits and had mixed feelings on them, most of the shoulderpads are pretty good, the backpacks are great, same with the torsos but the legs felt too “weedy” to me, gangly Space Marines… do not want. Ultimately though I ended up using their shoulderpads and backpack and will likely continue to do so if I make more of these guys simple because I can’t be arsed with doing that part of the conversion. 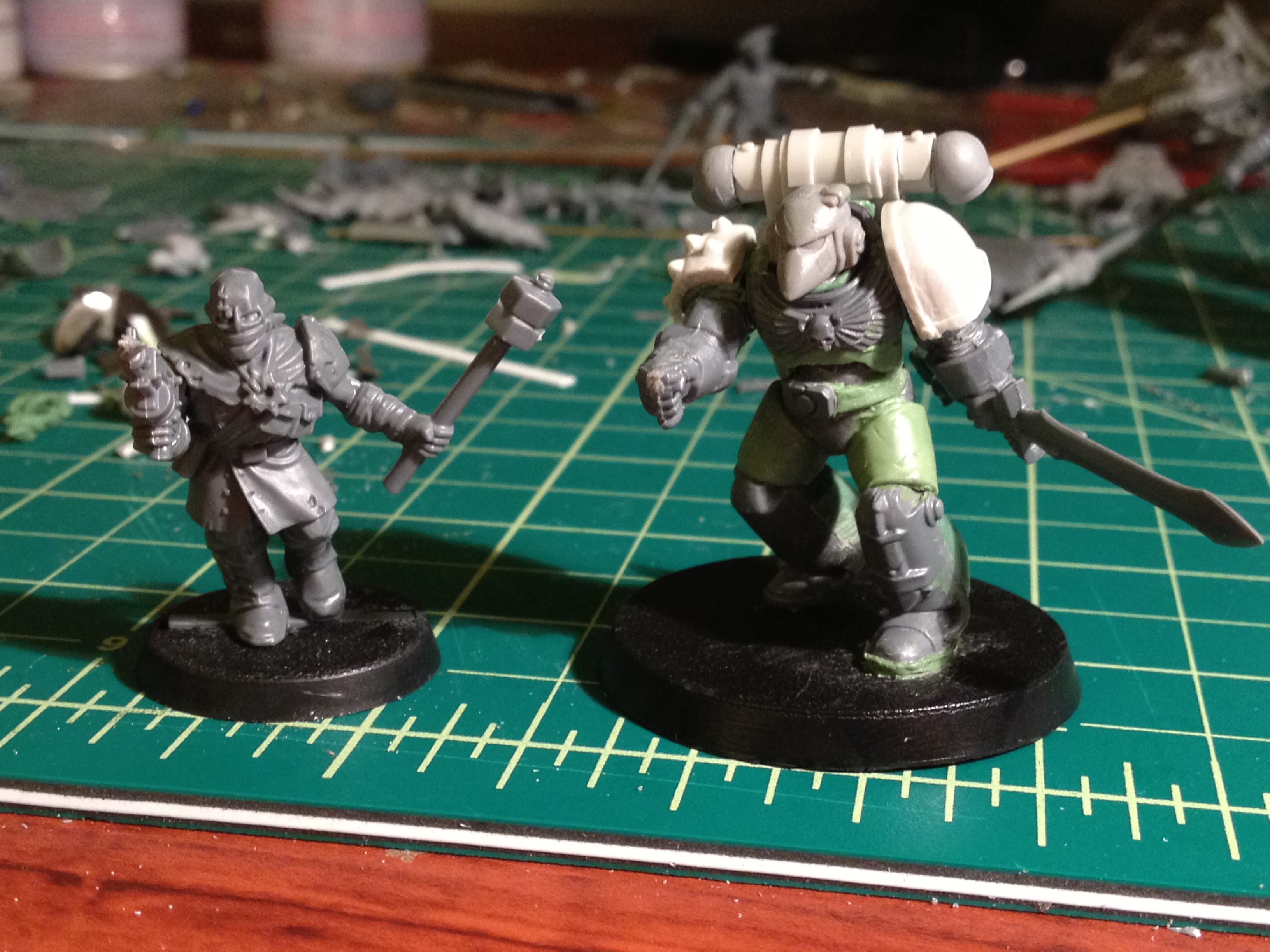 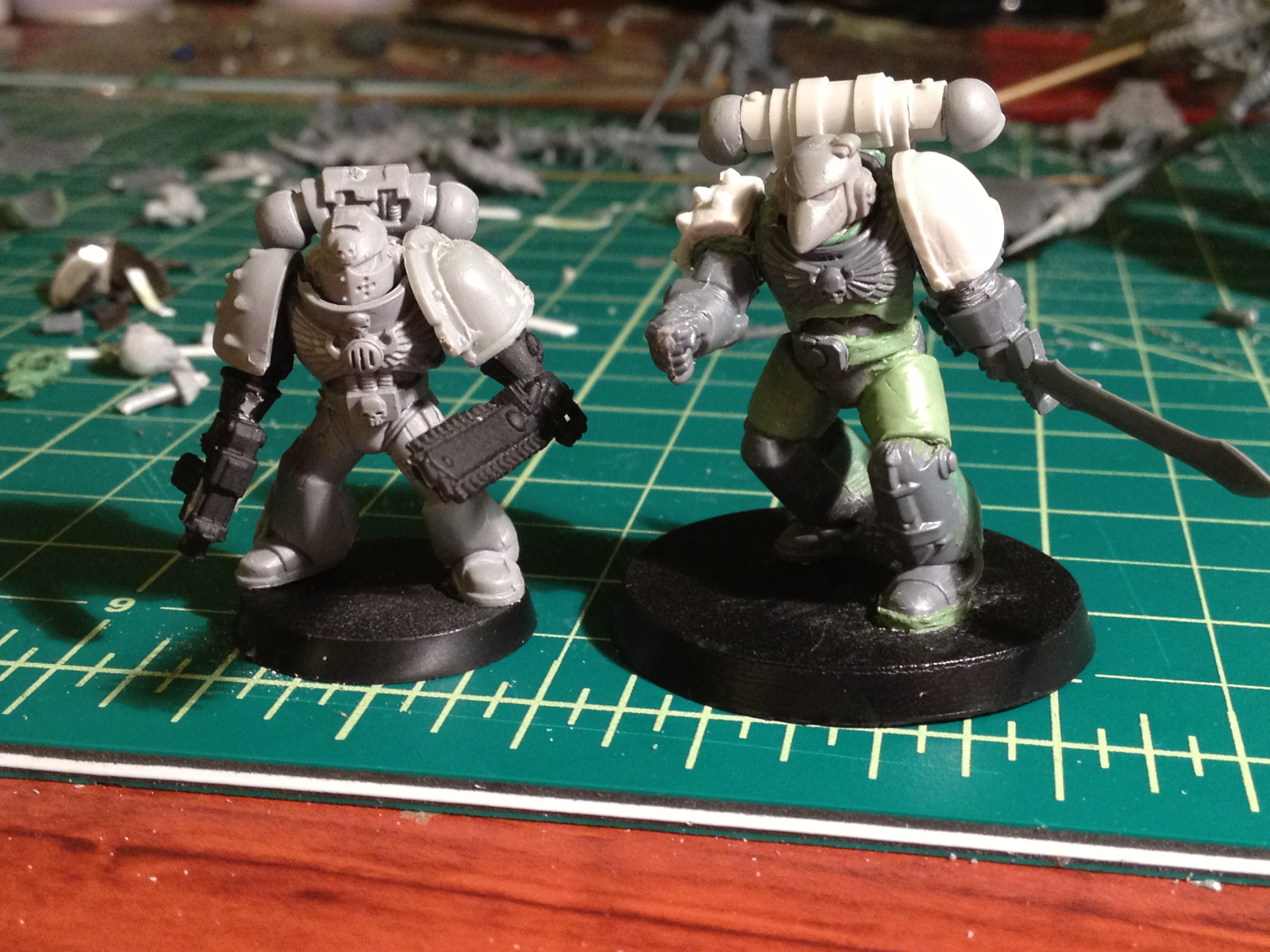