The Host is the name of a warband of renegade Astartes who appear from time to time throughout the history of the Imperium. Misdirection and trickery are their wont, along with sudden and decisive violence. The renegades wear armor and iconography that appear to link them to the Dark Angels chapter of Space Marines. Any attempts to question the First Legion or any of their successors regarding this matter have met with silence at best and violence at worst. It has been noted by some members of the Imperial Inquisition that where The Host appears, elements of the First and Second Companies of the Dark Angels oftentimes follow.

Pretty happy with how these guys are coming along. I wanted to leave their allegiance questionable with subtle hints here and there. Also, no hoods. I wanted to make sure I didn’t just do guys in hoods with Chaos shoulderpads. I think it’s working, I may need to push it towards the Chaos end of the spectrum further, on Vassago in particular. I do think the Chaos packs do a lot to break up the regular Astartes silhouette, it feels good so far. Need mor skulz! I maaaaay end up marking up the Dark Angel iconography in subtle ways, like… is it battle damage, or has it been intentionally defaced? Not sure on that though yet.

Another thing I was trying to do was make sure that each of the Fallen felt like a distinct individual. I feel like I have achieved that so far, right now Moloch and Barakiel are far and away my favorites, but I’m kinda digging Rahab as well. Semyaza and Vassago are feeling a bit same-y at the moment but I have a plan for Vassago’s sword to get swapped out for a nasty looking daemon blade type deal, and I found a spare topknot in my bitz box that he will get as well, that should push them further apart. I have one of the Roman looking loincloths that I wanted to put on Rahab, but I didn’t find it till after he was assembled and I dont want to pop him apart to put it on so he may have to do without. I dig the boarding shield vibe he has, will look even better with the First Legion icon on it. I need more chaos banner poles a too… ah well, loyalist world problems. :/

The other thing I have done, name wise is dug around and given them all fallen Angel or Demon names, feels appropriate.

Semyaza, First of The Host 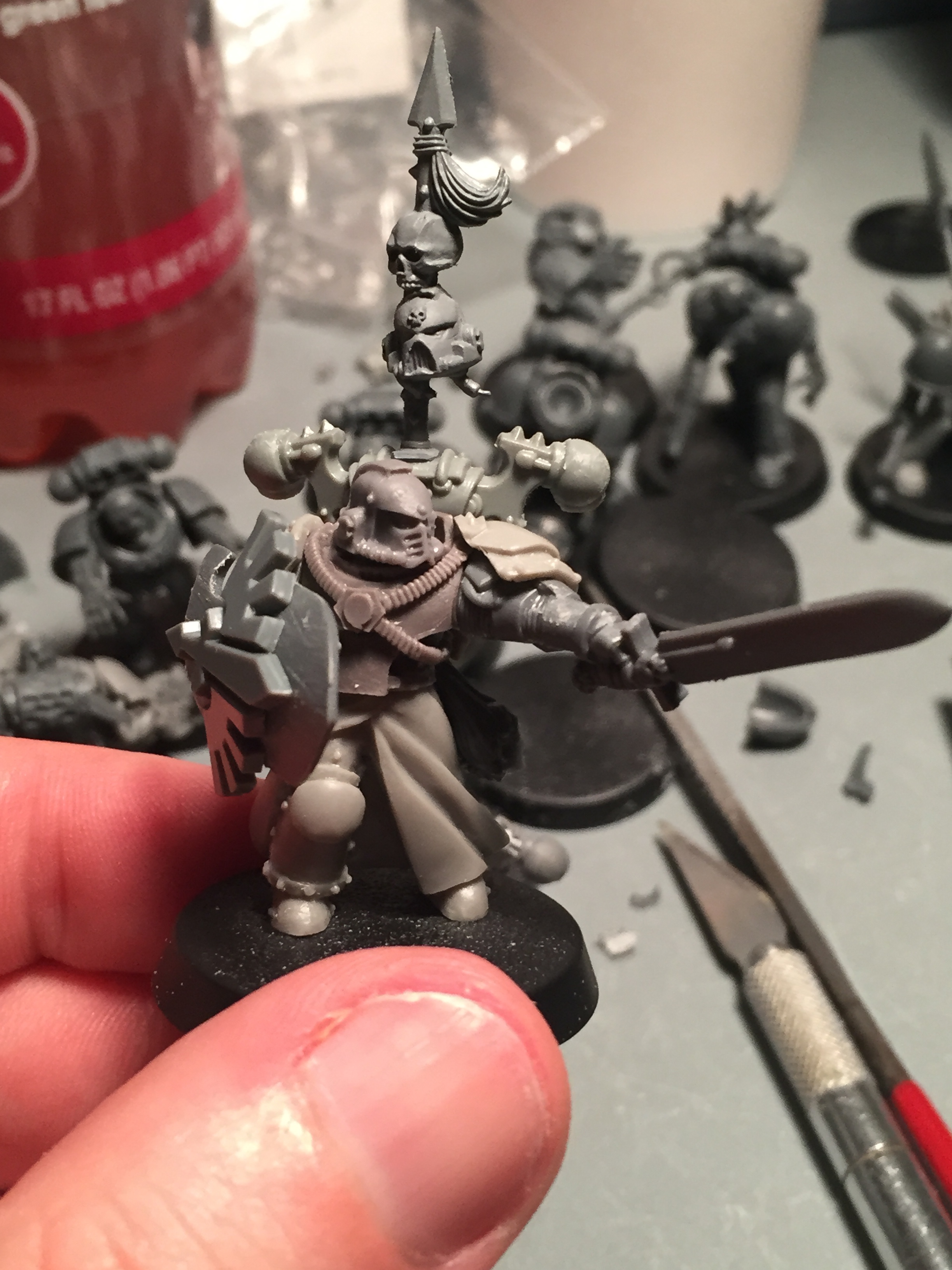 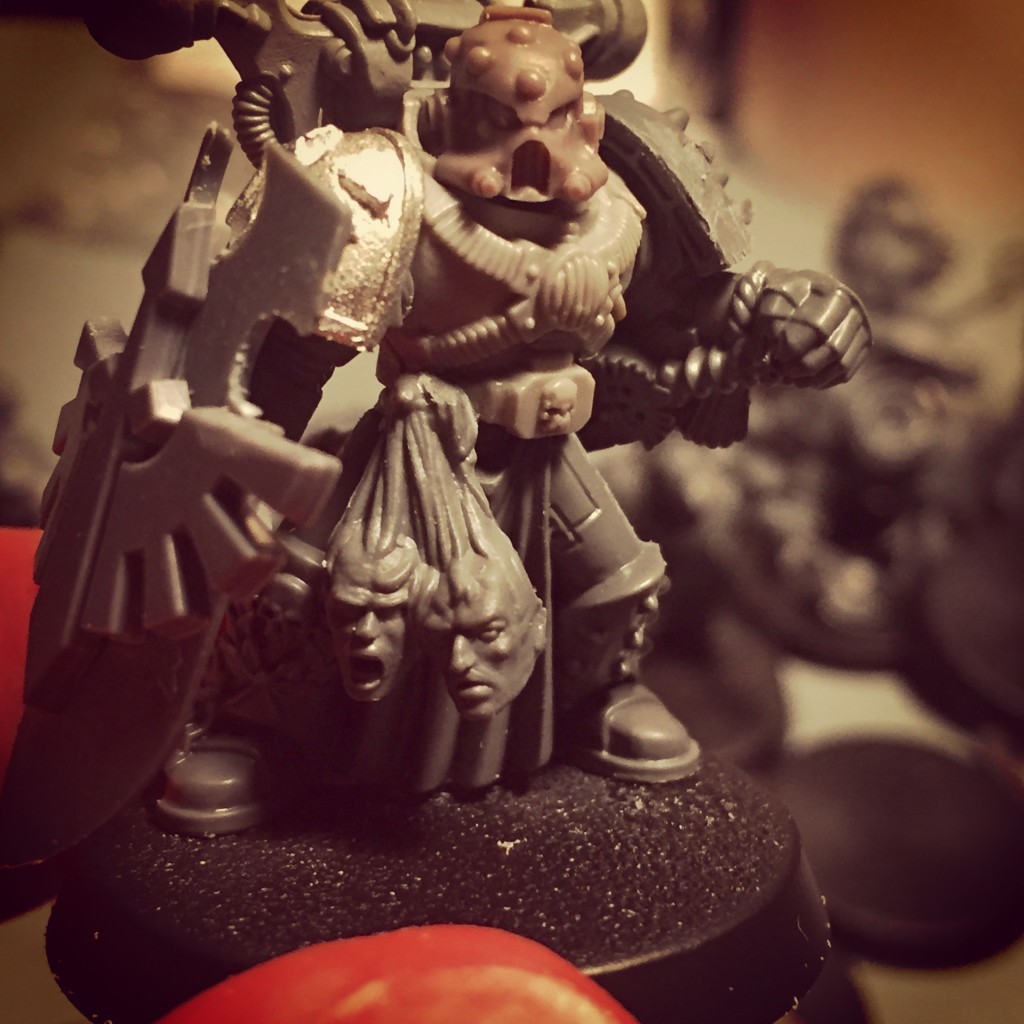 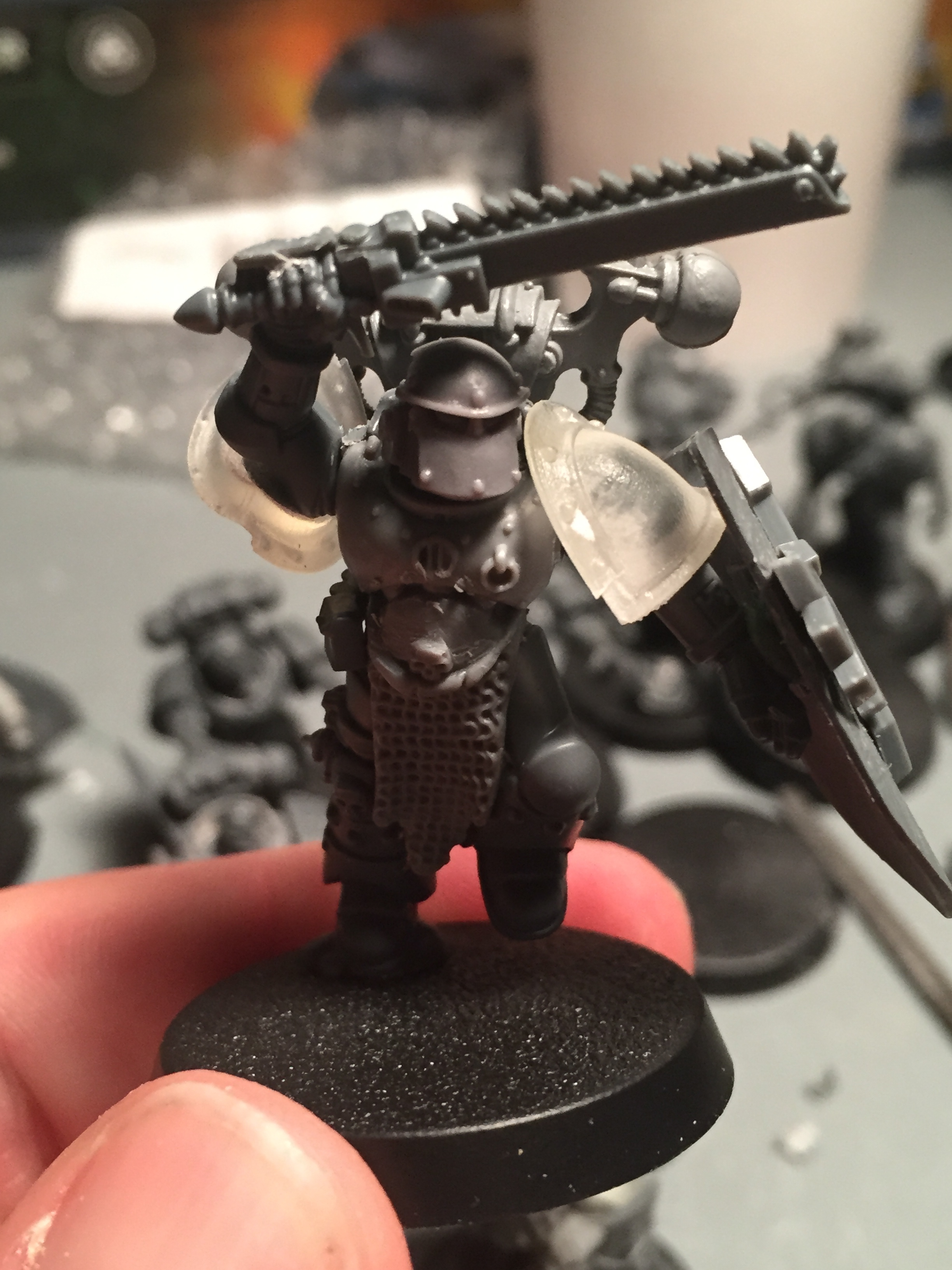 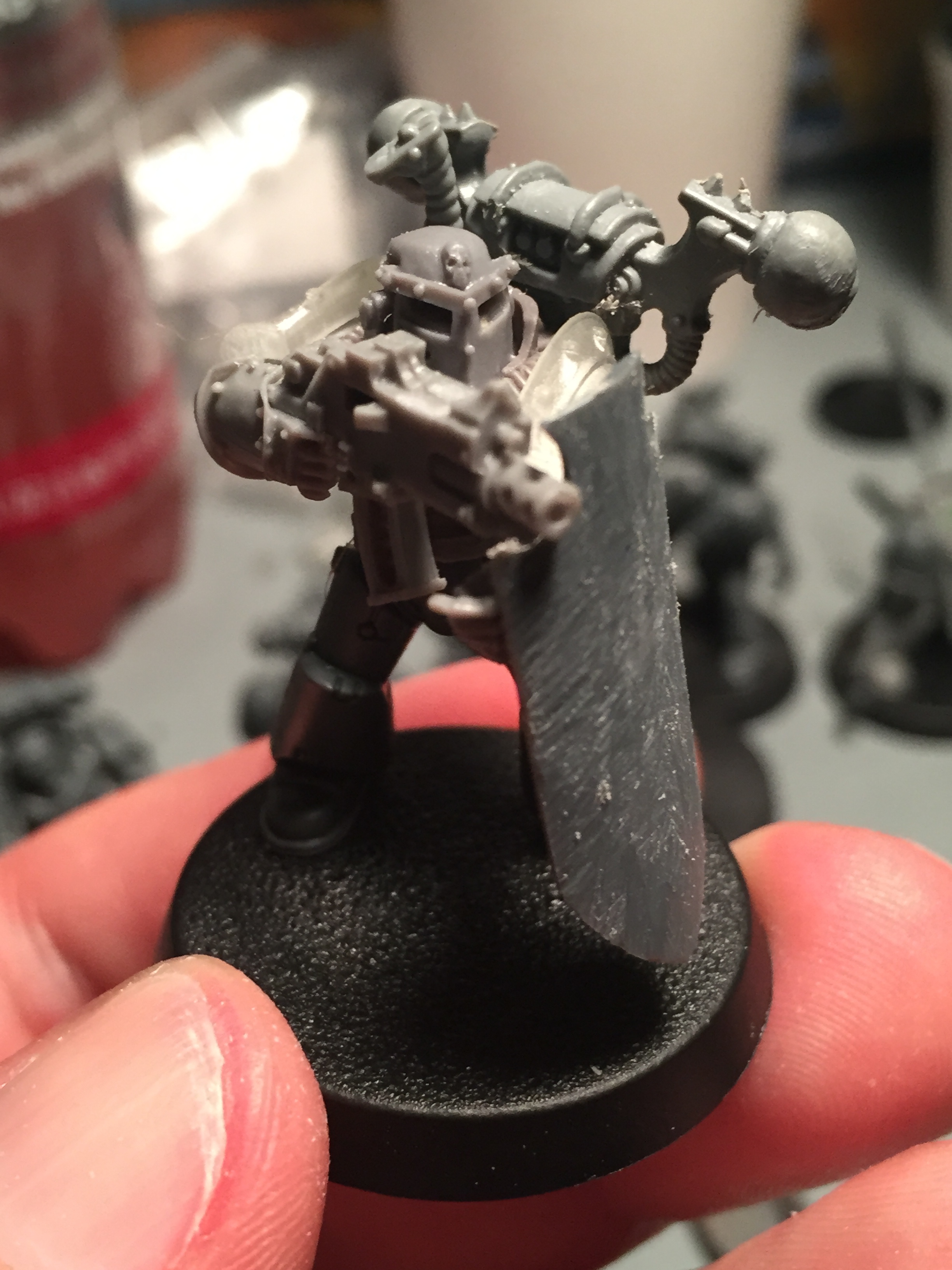 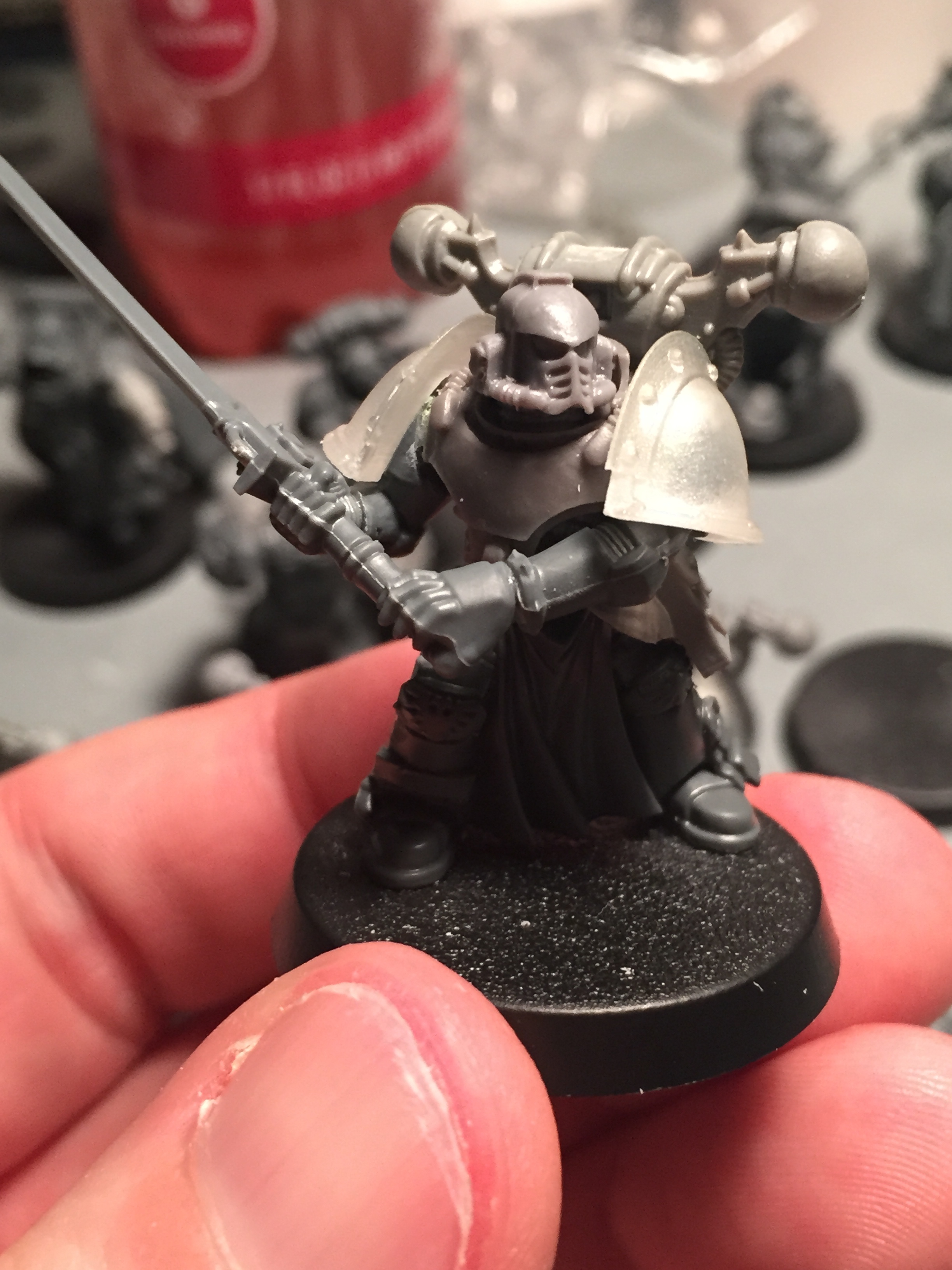