So, over the past couple weeks or so, in addition to assembling and painting a small Hordes army, I have been working at getting my Space Wolves from 2-4E back into table shape, as well as assembling a bunch of old metals that I had and properly bulking out squads and such.

I have always been big on making sure my Wolfguard all look unique, it was a sort of design pillar in my army from the very start. Also, since I have always ran my Wolves as Bran Redmaw’s Great Company, I wanted to make sure I had a Wulfen in every pack. I’m really sad I can’t run an entire Wulfen pack of Wolf guard, just because the idea makes me laugh.

Trying to get acceptable Wulfen minis though, is rough, so I have worked up a few prototypes. Some have metal heads from the Warpborn Skinwalkers Hordes unit, and others are just kitbashes to look more feral than fully armored Astartes. I’m not sure which I like more, will probably end up going with a mix of both styles, right now I have enough heads to kitbash another 3 full on werewolf marines, will see how I feel after that.

Also, all of the Wulfen have had plasticard spacers added at the shoulders to bulk them out a bit, and a tiny bit of greenstuff at the torso, it actually adds just a tad of height that works quite well I think.

Mark of Wulfen prototypes, side by side 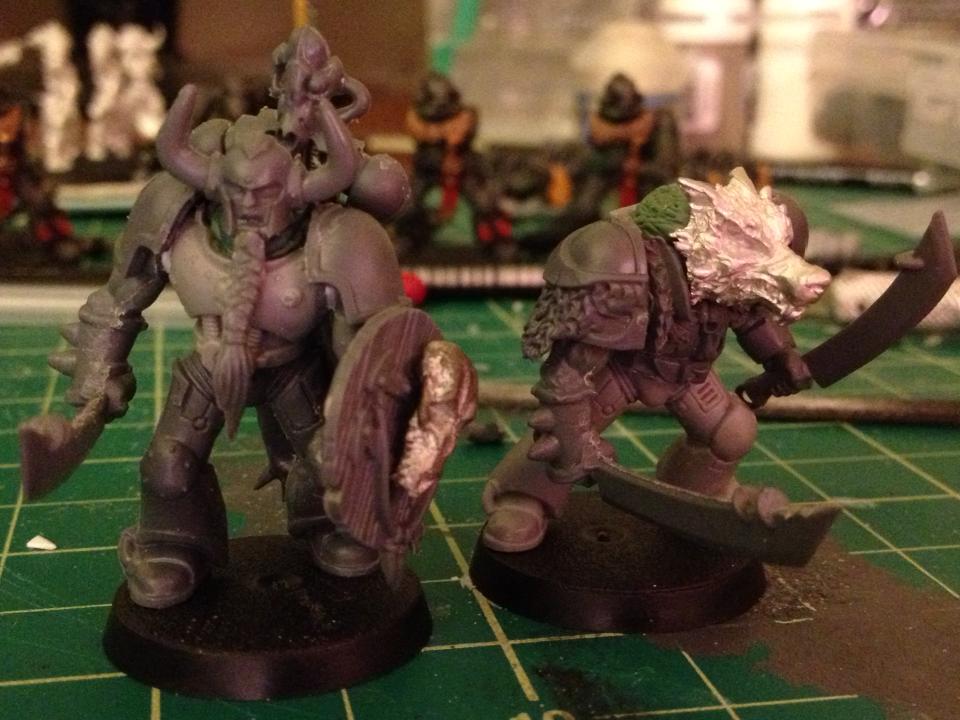 Howling Wulfen – This guy may be one of my favorite conversions in recent memory, really happy with how it came out. 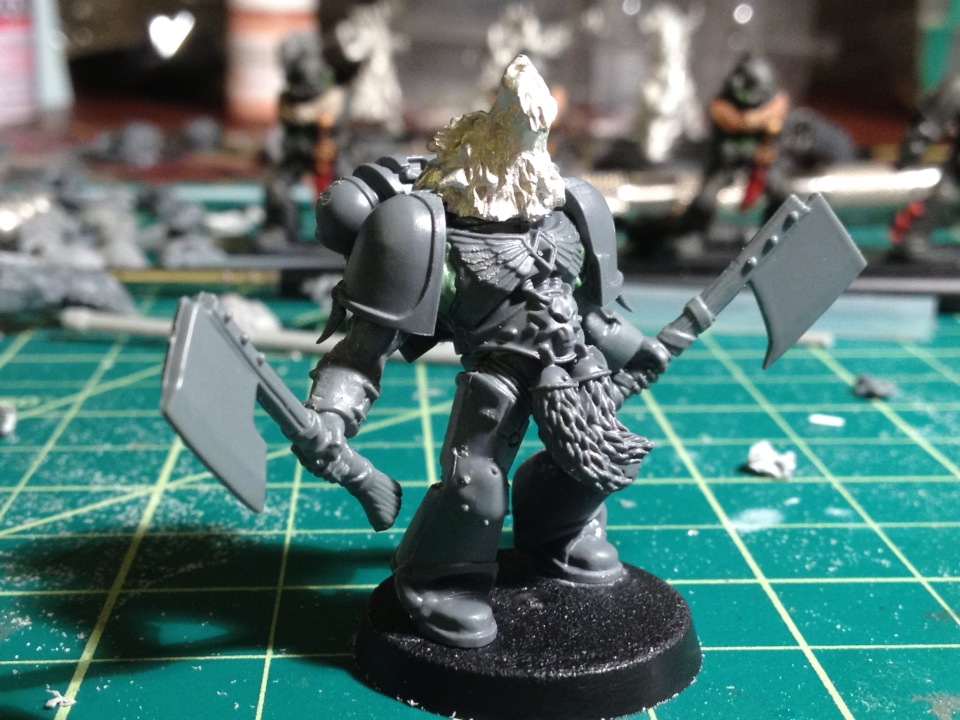 And a test of a Wolfguard Terminator with one of the Skinwalker armored heads. Not sure I’m 100% sold on it, the pose is weak, but I think I’ll have a go of painting one up and see how it shakes out. The helm on this one is very loosely fitted so worst case I can just do a head swap later. 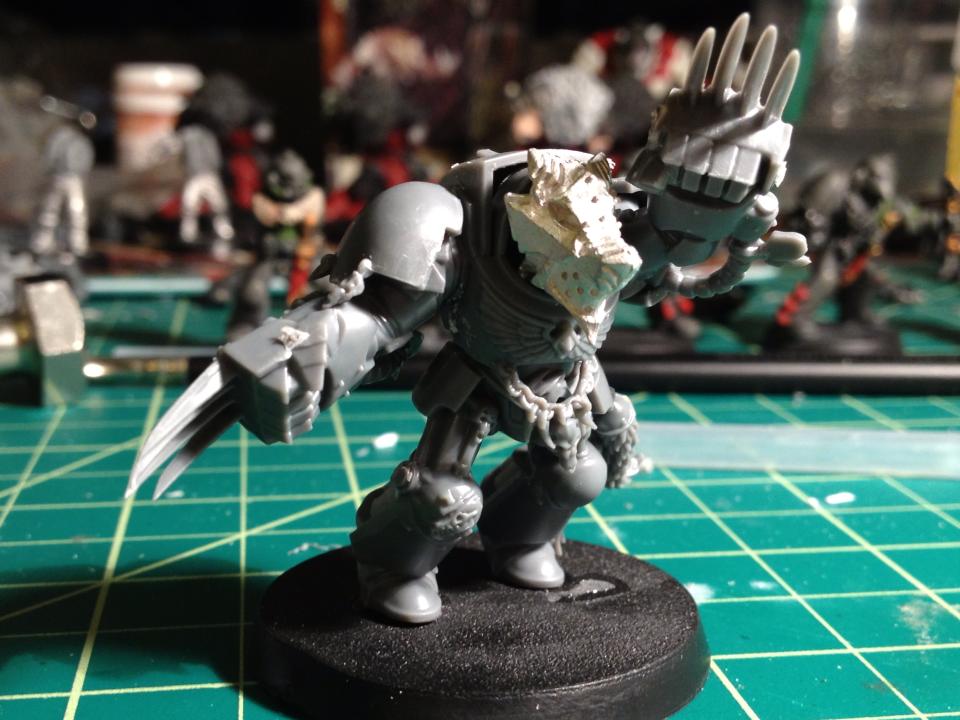