Captains, Praetors and Heresy… Oh My!

Posted on October 13, 2015 by Wandering Monster

So, I was goofing around the other day with one of the Masters of the Chapter kits, specifically the dude with the Thunder Hammer. I have always really liked that pose, but I knew I didn’t want to just do a simple headswap with him, so I cut off the hammer and filed down the shoulderpad a bit to fit on one of the massive Kromlech chainsword/eviscerator bitz. I think it looks pretty spiffy. It’s not complete, there is some obvious gap filling to be done.

Now, the obvious headswap to go with it is the first one below, Captains crest, proper modern choppy loyalist Astartes right. Then I started poking around with the various bitz I had and came across the WE Veteran helmet, which, imo totally works as far as the composition of the model, but… It breaks the image I have of Heresy era Astartes. I have always seen them as more brutally functional and efficient, less capes and frills and gaudiness (ain’t nobody got time for that), any decoration being primarily functional; crests of rank, vexilla etc… I’m torn, because I think a World Eater (or hell, Warhound) Captain would be a really cool model to paint up, I don’t know if the amount of bling is appropriate. Maybe I cop out and say he’s a Dornian Heresy World Eater Captain. 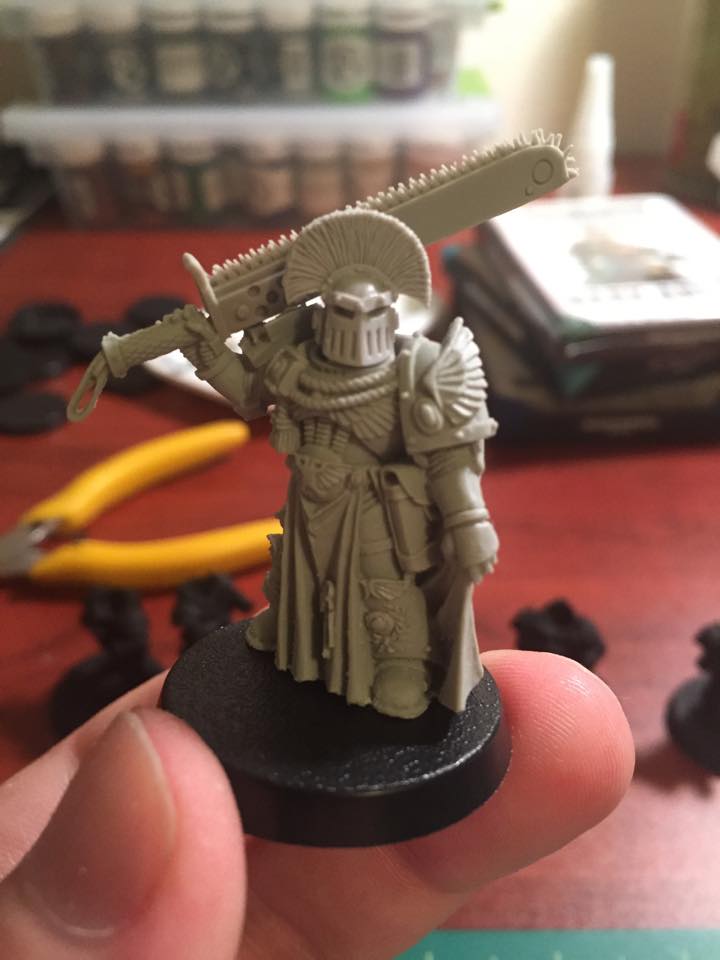 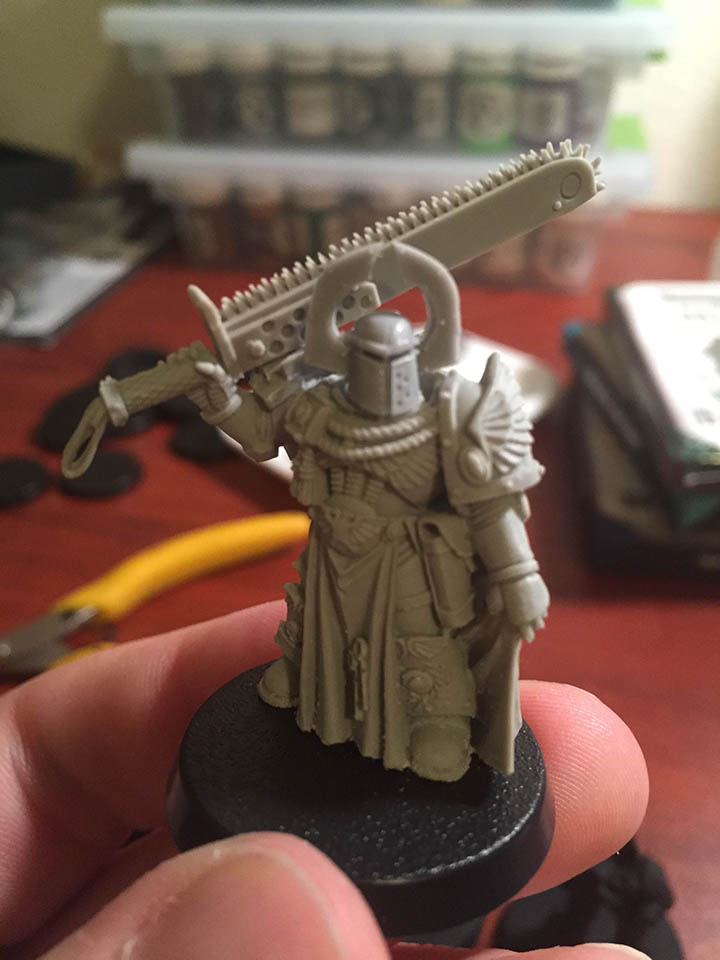