Posted on January 26, 2012 by Wandering Monster

So, in the nWoD game I’m playing in. My character has decided that it’s a good idea to run around on rooftops with a hoodie, paintball mask and a fire axe hunting vampires. I predict only awesome things in his future. 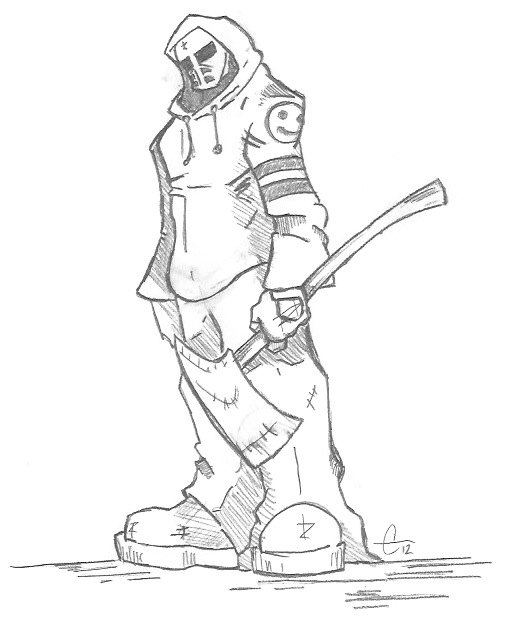 It isn’t helping that last session he crashed through a skylight and fireaxed the everliving crap out of a vampire, and survived cause the GM botched the vampires attack roll. As far as my character is concerned, he’s freakin BATMAN!!! He’s in for a rude awakening.